So before I get started, I NEED to ask: What are your opinions on DNFing, or not finishing a book? I’ve met people who simply can’t not finish a book and people who will toss them aside at the first rolled-eye. Personally, I’m somewhere in between. I used to never start a book without finishing (even if I hated it) and it’s taken me from a lot of good reading moods to going months without reading because I can’t get past the current book. I’ve never been too good at just chugging along, I suppose, so I converted to DNFing.

1) If I get halfway through and realize I just simply don’t care what happens,

2) If I don’t hate a book enough to angrily rant about it for a decent amount of time (which can be just as fun as reading.)

If the book meets both of these conditions, I’ll DNF it. So far in my short blogging lifespan, I’ve only DNFed two books. They are as follows:

Feuds was actually a mistake all around. I got its sequel, Torn, off of NetGalley before realizing it was a sequel, and so I went out and bought the first so that I could review the second. It was promising… a good cover, my favorite genre, a caste system and a mysterious disease.. all things that I would love in a novel. The love interest even shared a name with my boyfriend of five years! (Who picked it up and said “woman, tell me the truth, why did you really buy this book? It’s because the man’s name is Cole, isn’t it?) But more than 3/4’s of the way through, almost at the end, I realized I just didn’t care anymore. The MC makes stupid decisions, the love is ridiculous and instant, the plot is uninteresting and no one seems to know what’s going on even when it’s obvious!

To be fair, the synopsis really should have tipped me off more than it did…

“Falling in love was never part of their plan, but their love may be the only thing that can save her world”

Instalove in the most ridiculous way and a plot that leave a couple of dumb kids to solve the world’s problems? No thank you.

The second DNF was Gathering Water. 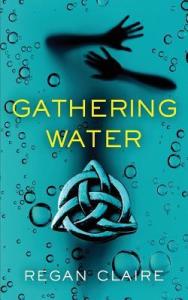 I feel a little less guilty about this one, because the general consensus on Goodreads is that everyone loves it. I don’t get how. I personally couldn’t even get through it. I received this one for a blog tour over a year ago and liked it so little that I had to email the tour leader asking if she wanted me to participate if I don’t like the book enough to give it a good review. Thankfully, she said no and so I never had to finish it. I guess my problem with this one was that it just moved too slow. I could tell that there was a major plot coming up involving a war between users of the elements, but, again, I didn’t care. Even the writer admitted through her MC that the whole controlling the elements thing was cliche. You want me to believe in the originality of your story when you don’t even believe it yourself?

Also, infuriating side characters. The MC seems to be the coolest cucumber in the bunch because of all the shiz she lets her cousin get away with. Personally, I was done with the prat by the first time we met him and he stole her birth documents. One of the only things she had to her name at the point and we’re just going to sit back and laugh because he’s doing it for good? (Not to mention that the “good” was a situation she dreaded happening and wanted to avoid since before she entered her birthtown.) Again, no thank you.

So how about everyone else? What are your thoughts on DNFing? Will you finish a book you dislike just for the satisfaction of angrily writing a blog post about it? Or are you the type that will toss a book aside at the first sign you may not like it? Tell me what you think!